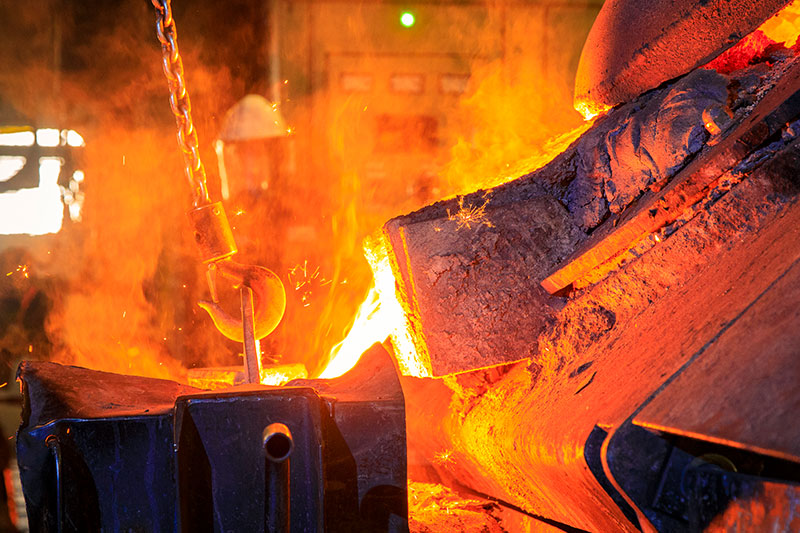 Within two years, the gray and ductile iron foundry diversified its markets, doubled its staff and became nearly silica-free.

Since he was young, Mark Soucie has wanted to own and run his own business. After retiring as a business unit CFO at Koch Industries in December 2016, he decided to take some time off and see what opportunities were available. The concept was to lend his CFO experience to a small business that was limited by a lack of time and resources to dedicate to critical matters such as business strategy, risk management, taxes, human resources and banking.

“For small business owners, it is a really difficult thing to invest in a CFO type capability—how do you get a return on investment like that?” Soucie said. “The entrepreneur ends up getting pulled away from what they are really good at, so I wanted to find that opportunity, make an equity investment and then participate in the incremental value and growth of the business.”

With about 20 employees, AFS Corporate Member Ferroloy Inc. (Wichita, Kansas) was a gray and ductile iron foundry owned by Paul Kolbeck, who made significant investments in the foundry and its machining equipment between 2011 and 2014. But as a supplier to the agriculture industry, Ferroloy was hurt by the downturn that followed a record sales year in 2014. Kolbeck was seeking an investor.

It proved to be a good match.

“Two things helped me make my decision, and I got lucky on a third,” Soucie said. “First thing is the people. I spent time with Paul, Richard Hicks (executive president and COO), Kelsey Bergeron (accounting manager), Wade Engstrom (foundry manager) and Trago Buffington (office and shipping manager) and I could tell their hearts were in the right place and they brought strong capabilities. The second was, identifying a strategy for longer term success that would hinge on our ability to diversify our end markets and become less concentrated in one industry.”

The third factor, which Soucie said he didn’t fully appreciate at first, was the mechanical condition of the equipment.

“Where I got lucky was, even though I knew Paul had leveraged the business, I didn’t realize that our equipment was modern and in such good condition,” he said.

The investment in Ferroloy would be the culmination of a lifelong dream of Soucie, who was planning to buy up to 50% of the company and work with Kolbeck to grow the business. Unfortunately, shortly after their agreement and while Soucie was on a month-long trip overseas, Kolbeck passed away unexpectedly. Soucie decided to go forward and purchase the iron foundry from the estate, and the sale was finalized in August 2017.

“During this time, we were very transparent with the employees,” Hicks said. “Of course, they worried, and one of the most important things for me was for the people to not feel like it was the end.”

Soucie is grateful the 20 employees on staff stuck with the company.

“That is a testament to the trust Richard had developed with the team, and his communication with them,” he said.

Soucie was interested in Ferroloy as an investment because he saw how expanding into different industries could help keep the business from rising and falling with the tides of agriculture.